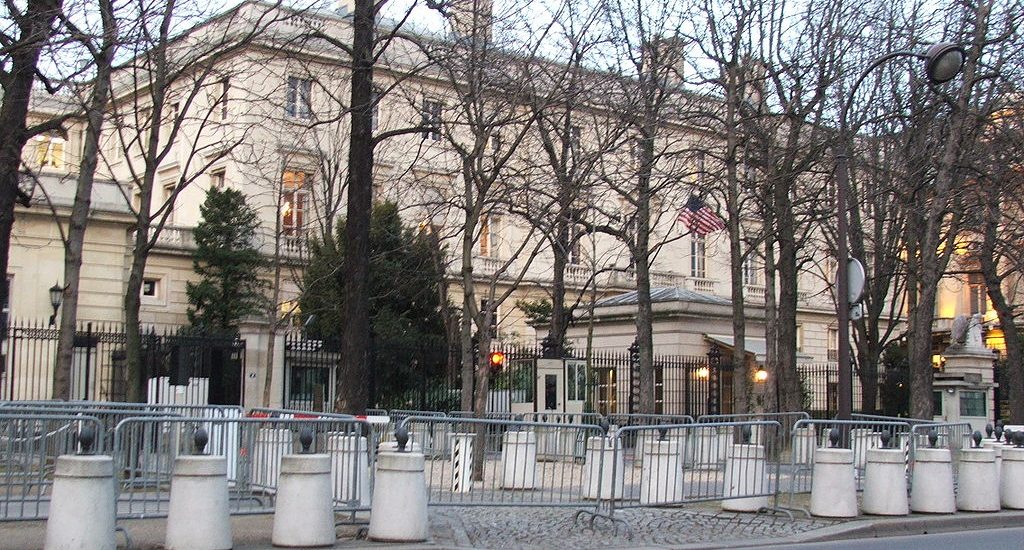 My interview was at 10am, I arrived a little early but as I read in testimonials (on visajourney for example), no need to arrive more than 15 minutes early because they will not let you in.
I had made the mistake of wearing heels (even if quite small!) but with the heat (I had my interview in the middle of a heat wave) I already had foot pain when I arrived.
I waited in the small park on the other side of the road and went at 9:45. The security guards at the entrance joked with me, but I can’t remember on what… but it was a relaxed atmosphere.

After this first security point, I presented my passport, my DS-260, the sealed envelope given at the medical examination and my criminal record. 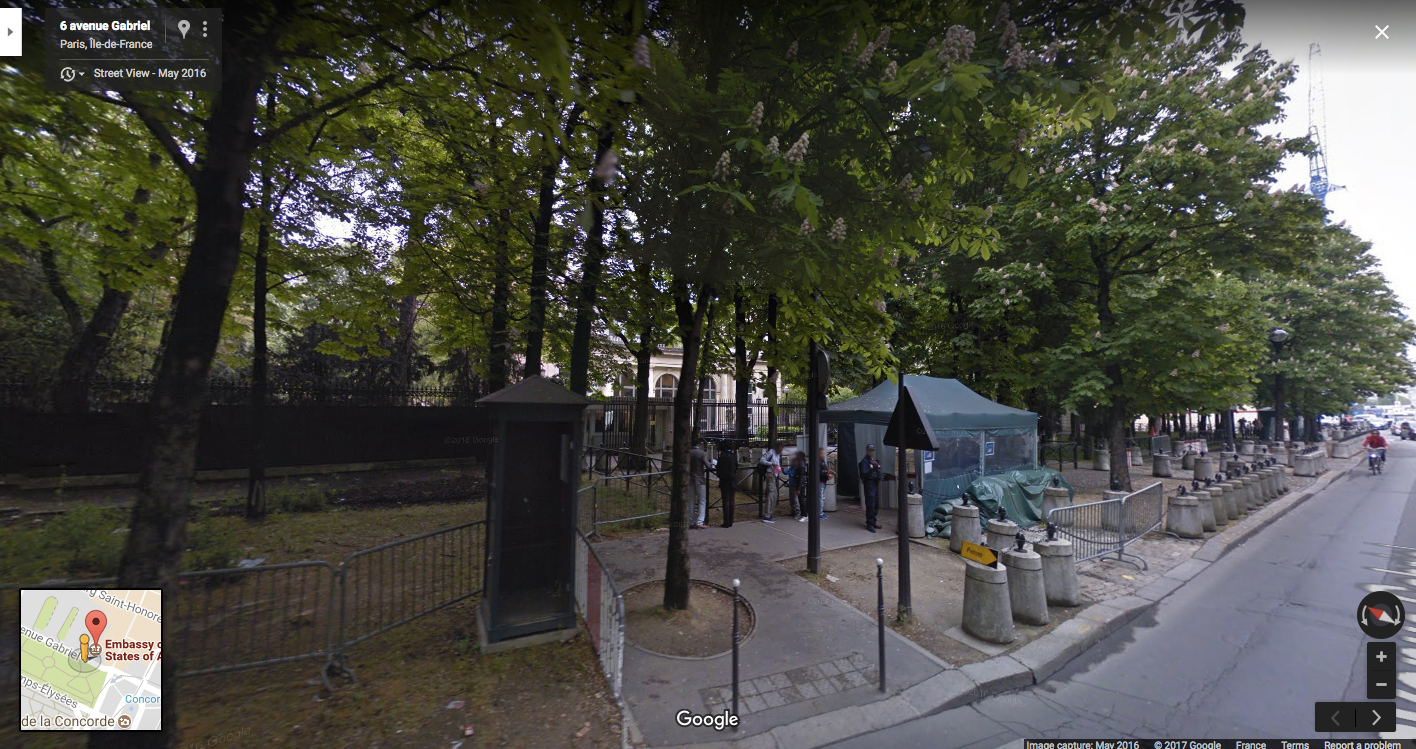 1st security point and verification of your identity and appointments.

You then pass a second security check where they take all your electronic equipment (phone, headphones, and so on) and give you a badge to pick it up at the exit.

Once inside the embassy, an agent signaled me to go in line. There were a few people in front of me (about ten people), and I waited a good hour. The VERY bad surprise (compared to the fact that I did not want to land in flip flops when believe me a lot did not shy away) is that there are no seats! It just did not work out, the only benefit I would say is that I was so much in pain that it completely took precedence over my stress.

When I finally arrived at the first window, they took my fingerprints, checked my documents, gave me back the unnecessary duplicates – we actually already had provided a lot of originals so I did not need to bring all that (but caution is mother of safety …). In the end I think they only needed my pictures, my more recent criminal record and my sealed medical envelope. I have only been asked one question, who is my sponsor (my mother-in-law), is she married and does she have dependent children?
Everything was OK so I was told to go in line for the next window.

After another hour of wait, I finally arrived at the window for the actual interview!
There is about zero confidentiality because while you are queuing you are roughly one meter behind the people who are interviewing.

I do not know if it’s because I arrived with a “Good morning” but my interview was conducted in English while all the other windows were in French.
The Consular Officer was impassive from A to Z, typing on his computer the whole time, stopping only to look at the file and mark a new page with his pen. He did not ask a lot of questions and kept typing at the same time. The annoying side for me is that I have a weak ear and I have a lot of trouble hearing 1) behind a thick glass 2) with noise around (as I was saying people waiting are right behind you ).
He asked me:

There was just a moment when he apologized and left for a minute, so I was afraid he had discovered a problem with our file, but he came back alone and continued typing.
After all these questions, he joined his hands and leaned a little towards me/the window and said “I guess you do but I have to ask you, are you aware of his legal situation?” I answered “Yes” and I was expecting other questions on the subject to follow but he said “Looks like everything is okay, your visa has been approved, you’ll receive it in about ten days”.
I didn’t even know how to react on the moment, I just said “okay …”. He did not ask for any proof of relationship or anything extra. I happily thanked him and greeted him all the same, but my foot pain prevented me from doing my little victory dance in the bathroom.