– A psychologist met with A. a morning at his cell. I don’t really know what was discussed but it was very short.

– It seems A. “passed” the psy test and the paperwork was then sent to Tallahasse (DOC) for approval. It usually takes two to three months to get approval to marry from the DOC.

It seems pretty quick and easy but you have to think “prison”, “paperwork”, “mail”, “slow” 😉 At this point we are mid-September and my classification status was changed in April (to give you an idea).
The marriage approval from the DOC took exactly 2 months (we were approved mid-November) though I was only told a couple weeks later.
Our DOC approval was valid for a year (this also varies in each State/prison).

The next step was to agree on a date with the prison (still through the assistant chaplain) and find a notary public to perform the wedding. You can take anyone you want but you have to have that person approved by the prison, so count an extra month for that. We decided to go with one of the notaries already approved by the prison. The arrangements are to be made between the notary and you.

Getting closer to the date and being in the USA eventually (I’m from Europe), I could take care of the marriage license. Our notary public told me where in Florida it was possible to get a license without the groom. To get a license you usually have to show up together with your IDs and you’re good to go. It gets a little more complicated when your loved one is incarcerated but with the right information it goes pretty smoothly.
If you are in Northern Florida, you have to go to the Union County Courthouse in Lake Butler. You (the non-incarcerated applicant) must appear in person in the Clerk’s office and must provide:
– a photo ID (passport)
– social security for both parties (so you have to know your fiancé social security)
– state of birth for both parties
– the letter of approval from the DOC
– a color copy of your fiancé’s inmate DOC face sheet (print his profile page from the DOC website’s offender list directly)
– the license fee ($93.50) in cash.
As I said earlier there is a 3-day waiting period before the license is valid, it is then valid for 60 days and you must return it within 30 days from the date of the wedding.
! Sometimes the prison requires that the license is brought to the prison to be signed by the inmate before the wedding, in my case he just signed it in front of the notary public on the wedding day but you must check with the prison for their own process !

Then you show up at the prison with your marriage license on the wedding day, with the wedding bands (and the receipt for the inmate’s one), and marry your special one 🙂 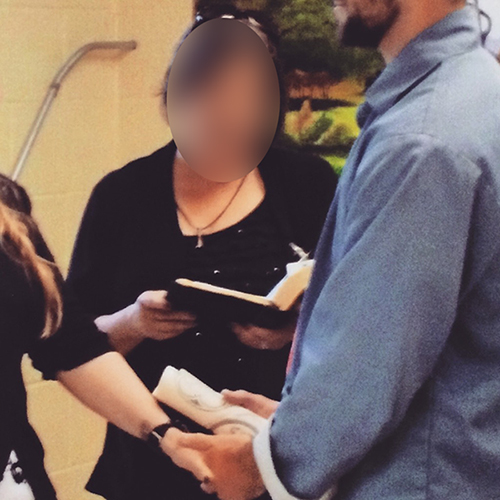 If you think I forgot something important or if you have questions, let me know 🙂