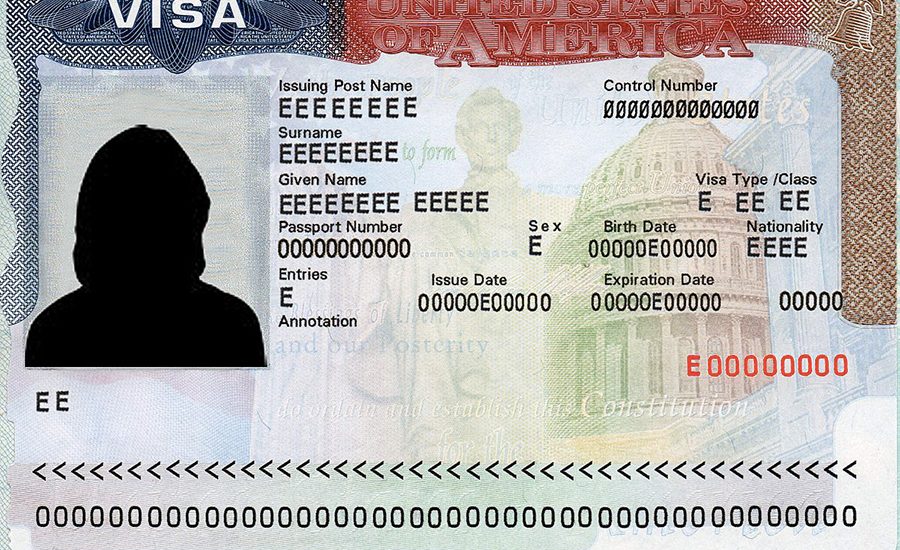 When Alan and I met, I lived in Denmark and I honestly hoped to stay there (💔).
On the other hand, I was not super happy with the idea of ​​a super long distance relationship “forever”. Since life is made of choices, I made some which first brought me back to France, then say “Yes! “(Forever!) to him, and to happy for a visa application for the USA.
Contrary to what many people seem to believe, marrying an American gives absolutely no rights or privileges, and certainly not a green card! The fact of being married did not give me more rights than another tourist to stay more than 90 days (with ESTA) on the territory. On the other hand, it offers the possibility to the American citizen to petition for her/his spouse to obtain permanent residency (green card), an immigrant visa CR-1 (for marriages of less than 2 years old) or IR-1.

We first considered a fiancé visa (K-1). A fiancé visa requires about the same procedure (but 3 times faster!) but does not give the same rights at all since it is a nonimmigrant visa. Once the visa beneficiary has arrived in the USA, the couple has 90 days to get married or the foreigner must go back to their country. Once married, you must file for an adjustment of status, which, when it is accepted (yes it can be denied!), will grant you a conditional green card. Unfortunately, it can take between 5 months… to a year, and the alien (foreigner) has, meanwhile, a blurry status that allows them just to stay in the territory but neither to work or go out of the country (because he has no more visa to return afterwards). Obviously I simplify a little, there is the opportunity to apply for a work permit with their adjustment of status application (which takes several months but less than the AOS), and I believe there is also solutions to travel.
But you have understood, this requires, in any case, to stay without working for months! When you have an incarcerated husband, I’ll say that this is not really a viable solution unless you have enough savings to self-maintain for a year.

Given our particular situation, I decided to hire an (American) immigration lawyer. After some research on fiance visas/incarcerated US citizen, he redirected us to the spouse visa. It must be said that we had another difficulty in the mix, because we had started the procedure of marriage in the prison and that it was necessary that the authorization of the Florida Department of Corrections we would obtain would work out with the fiancé visa timeline, and that was not a sure bet, especially in case of complications for the visa.
Another point, in the case of the fiancée visa, the center of attention is rather on the American citizen, whereas in the case of the visa spouse, the attention is more on the future immigrant. It seemed less risky to highlight my history and my empty criminal record instead of his… Just seeing what papers had to be provided concerning his convictions, we were lost facing everything that should have been sent! I still want to say that I know people who have obtained fiancé visas with a US fiance in prison, sometimes for very long sentences (understand: for life). It’s possible. As long as the crime does not fall under IMBRA there is a chance.
There was also the fact that if the fiance visa was denied, it would have been difficult for me to get an ESTA in the future, and we might not have been able to get married at all! My lawyer warned me that there was always the risk, with the spouse visa, that it was denied too and that the same problem arises so I can return to the USA and see Alan, and to be sure we want to take the risk of getting married because “a divorce from abroad is complicated and it’s expensive! “. In our case, we wanted to be married, even if we were never to live on the same continent… or to meet again – but frankly I never agreed to just consider that, I made a blockage on this idea, otherwise I would have died of anxiety even if it was in a corner of my mind at times.

We therefore opted for the CR-1 visa. The required conditions to apply for this visa are:

In our case, we had no other option but to get married in the US, so I had to go for the wedding, then returned to my country. Beware, if it is possible for foreigners who are already in the USA and marry an American, to ask for an adjustment of status there, it is fraud if you deliberately get in the country to get married and try to skip the steps by staying! If you do like me, a wedding on a trip under ESTA and you go back home without overstay (on time – less than 90 days), everything is legal.

The difference between the CR-1 and the IR-1 is the conditional status of the green card for the CR-1. This is a green card valid for two years, for which you must request a withdrawal of the conditions 90 days before its expiry date (and pay fees of course), but if the couple is still married and the alien has not committed a crime, the conditions are withdrawn and he has a permanent green card.

Since we have put together a file for a CR-1/IR-1 visa, this is the one I will detail in my next posts, but the process is very close for a K-1 (almost similar, a step in less).