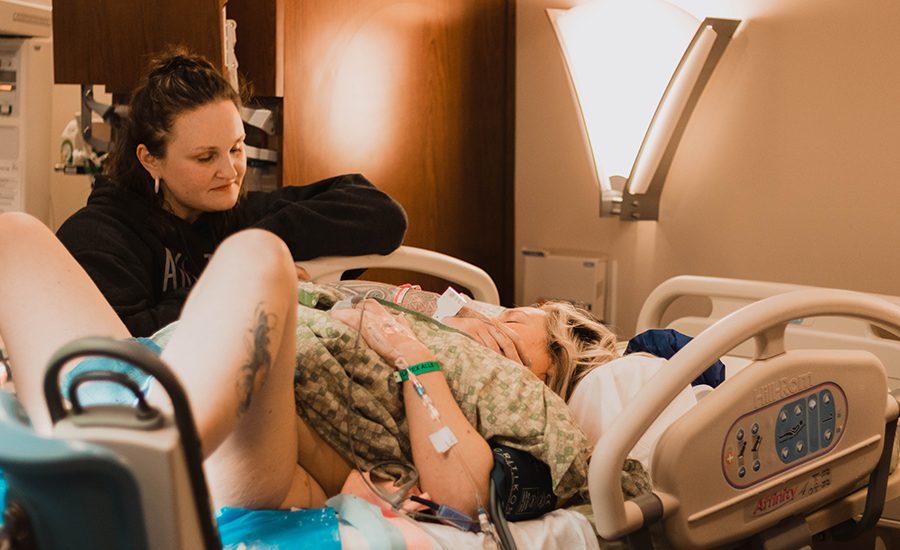 Giving birth alone in a foreign country can be a little intimidating. Obviously, I knew from the beginning that my husband would not be able to be by my side, and I do not have friends close enough here that I would be comfortable having in the labor and delivery room with me. Because I wanted a natural birth – but in the hospital because of my past and with the same doctor who’s been through all my pregnancy losses – I quickly considered hiring a doula. My doctor told me that the nurses are usually able to give a one on one care unless they are swamped (which you can never plan) and that if I wanted to be as unmedicated as possible, it was probably a good idea to have someone with me.

In my search for that special someone, I came across Kiana @cosmicpathbirthservices. I was in my second trimester and I was still basically clueless about all my options and possible decisions to make on the spot. I wanted a doula so I could stay focused and not overwhelmed during the hours of labor my husband couldn’t be with me, but also to have someone explain to me the medical terms, the advantages and risks so I could make informed decisions. Most of this happened when we prepared my birth plan, she answered all my questions, sent me documentation, and even came with me to discuss my birth wishes with my doctor.

To sum-up my ideal birth, I was imagining laboring at home for as long as possible. Kianna would be with me, and when I would enter in active labor, we would go to the hospital (yes, I wanted to spend as little time as possible there). I did not want an epidural and I envisioned walking around, trying different positions…

On Thursday January 16th I had a regular doctor appointment. I was NOT dilated at all (0.5 centimeters) but my blood pressure was high and he decided to send me to L&D to be checked for preeclampsia. I spent the afternoon there being monitored while waiting for some blood tests results. Depending on them, I might be induced. You can imagine this was NOT what I wanted. Unfortunately, my results were “mixed”, my liver enzymes were elevated but since I had no other symptoms like blurred visions or severe headaches, they decided to keep me overnight and repeat the tests in the morning before making a decision about induction. Being 37 weeks pregnant, I knew they would induce me if I had “mixed results” again and I was trying to realize that I was going to be a mom the next day.
A nurse came at midnight to bring me some meds and she asked about contractions. I told her I was having Braxton Hicks, but not every 5 minutes and they were not hurting so I was sort of dismissing them. She went to get me a pen to write down each time I was having one, and as soon as she stepped out of the room, I felt a warm liquid coming out of me, and gushing each time I was moving. She came back with the pen and I said “I think my water broke”. Everything went fast from there, a wheelchair was here to take me back to the labor room, they were doing the admission blood draws… I didn’t expect anything to happen before hours so when my water broke I thought I would still spent the night in my room haha. I was only 1 centimeter at this point.
Because my water broke and the baby was still high, I was not allowed to move around or even get up at all.
Of course I couldn’t get any sleep and the contractions became painful and at 6:45 am I finally asked Kianna to come. We were in touch before then but since I was stuck in bed, I didn’t want to make her come too early. I had some blood draws again for preeclampsia.
When she arrived at 7:45 am, I was only 3 cm dilated. I was in active labor at around 9 am, and half an hour later I felt sick and threw up a couple of times. And right after that I asked for pain medication and it was only efficient for an hour but I could rest a bit.
At 10:30 am the blood tests results arrived and I was officially diagnosed with preeclampsia. An hour later the Magnesium through IV started, and I was still only 5 cm. I was feeling really defeated and the pain was really high and now that I was stuck in bed for good, I was considering getting an epidural. I felt like there was no reason to go through that pain if I had none of the advantages I wished for. The anesthetist came and explained to me the risks and benefits if I decided to have one, and the nurse and Kianna were both supportive, repeating that it was okay to get one if I wanted to and that it was not a failure, which was exactly how I felt…
I signed the paper to get the epidural, and the anesthetist stepped out to get her material… when suddenly I felt like… I was pooping myself. I was convinced I was pooping and that it was half stuck there so I started crying that I was pooping in front of everyone and It was so humiliating… But both the nurse and Kiana said I was not… and realized I might just be ready to push. I was checked and I was indeed 10 cm! I went from 5 to 10 so fast! And that urge to push is incredible. It’s this force that is taking over our body and there’s no stopping it. It is SO strong! Another nurse came in the room, she was there to take care of the baby afterwards. My doctor was here, the nurse, and Kiana, and everyone guided me into 3 big pushes at each contraction, and in 4 contractions the baby was out!

Despite all the disappointments and bumps on the road, I did have my natural birth after all (so so so so close to have the epidural!)!

Baby was born at 12:43 pm, he was 7.13lbs and 20.25 inches. He was screaming/crying his lungs out the second he was out of me (I was weirdly sobbing too), but he calmed down instantly when they put him on my chest.

Even though Kiana could not use most of her tricks because of my complications, it helped me a lot to have her with me!
If you are in the Jacksonville area and are looking for a doula yourself, check her out – here is her website: https://www.cosmicpathbirthservices.com 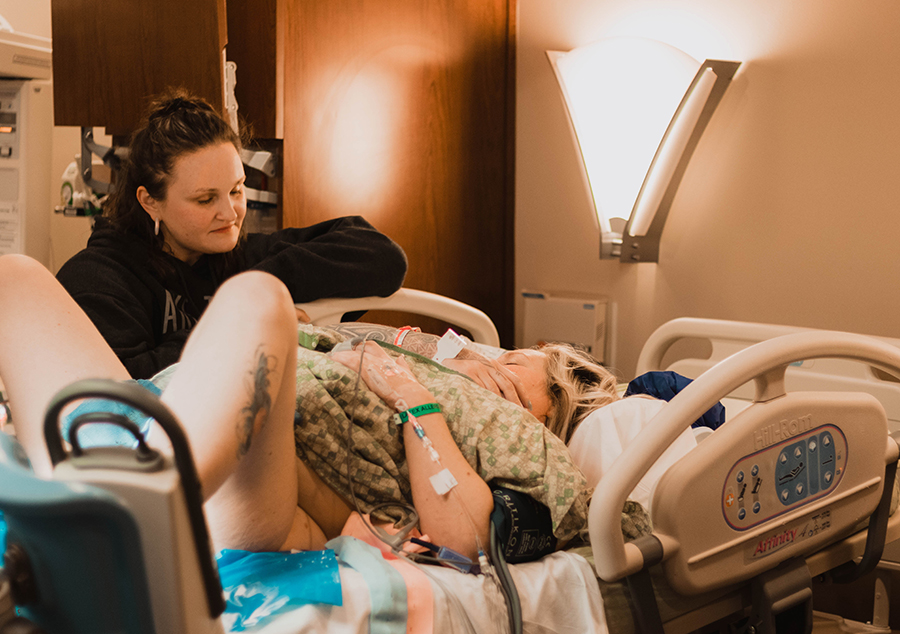